Health Insurance for the Self-Employed: Finding the Right Fit

Which Health Insurance Plan Should I Get?

Tell Your Doctor the Whole Story: How Being Open and Honest Benefits Your Health

See Clearly with Vision Insurance: How It Can Save You Money 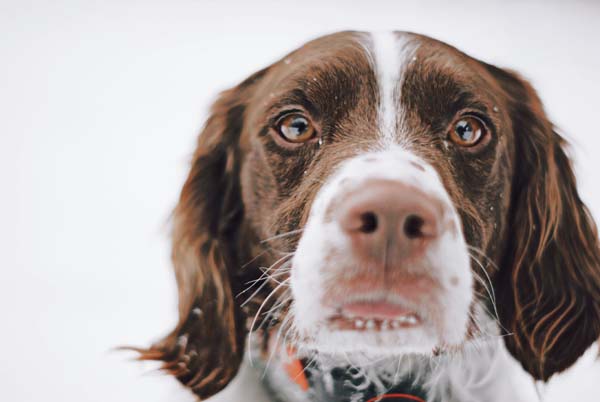 Have you tried to cancel a subscription, or make a simple change to a service and find out weeks later it wasn’t done? Welcome to bird-dogging as a critical life skill.

Let me define my definition of bird-dogging. To me it simply means checking back to make sure a task, request or order was done, and done correctly. So many things we do these days can’t simply be checked off and forgot about. You’ve got to bird-dog everything, even the seemingly simplest things.

I have a fitting example of bird-dogging in action.

I’m a health insurance broker and the insurance industry runs on rules and regulations that require every i and t to be dotted and crossed more ways than you can count. I’m not complaining here; this protects the customer, agent and carrier. But if something was missed or input incorrectly in the first application and the policy goes in force, making changes is unbearably tortuous … not recommended for the weak or lazy.

I recently had a group enrollment where four employee applications came back with mysterious errors caused by a technology glitch. One of the mistakes was laughable; it had my name showing as the policyholder instead of agent.

Now the fun began. Even though all four changes were simple, once a policy goes into effect it is a nightmare to make changes, no matter if the errors were caused by the carrier. (Think about trying to change the terms of a car or home you bought after you’ve taken possession).

To make these changes, the carrier needed new corrected applications, letters from me, the agent, and the owner of the company. There were also several forms needed to be filled out, and a signature and initials from the client on every change. All of this was painstakingly prepared, and the four client changes were faxed to the carrier.

Now comes the bird-dogging part. It seemed every time I called to learn the status of the changes, each agent discovered something I had left out, or filled out incorrectly. I then would make the requested changes, wait a few days and call again.

These are some of the requirements that I only found out about each time I checked on the status after each fax:

Much time could have been saved if the carrier had named every item that needed to be addressed to make the changes, but alas, there is no process in place to do this. (I mentioned this to all the staff people I dealt with. I even suggested they should have a “simple changes department to handle these kinds of incidents).

It wound up requiring me to make a few dozen calls over a six-week period to finally resolve the four issues. I hate to think of how much time the carrier spent sorting this out, not to mention my time. And if I had not bird-dogged every step of this process every few days, I’m sure the six weeks would have extended much longer, and perhaps the changes would never have been corrected.

Bottom line: Live by the golden rule of trust but verify. Know that it sometimes requires you enter two to-dos for every task; one to do it and one to make sure it was done. In business and in life, bird-dog everything.

Insureous Health Solutions is licensed in 22 states and represents the finest health and financial carriers. Call 904-295-8498 or email info@insureous.com for individual and group health plans, life and indemnity insurance, annuities and Medicare.